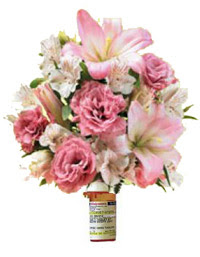 Two separate anniversaries for May 9th caught my attention. Answers.com lists the two events in its Today in History feature:

* The Pill oral contraceptive approved by the FDA; it all began with hormones from the Mexican yam (1960)

I doubt there was a conscious decision for the two to coincide. It's just an ironic historical coincidence that a pill to prevent motherhood got the go-ahead on the same date that the country first honored the institution 46 years earlier. It points out the dilemma of modern humanity, which needs to propagate itself in order to survive at the same time it needs to control the population in order to avoid exhausting resources both natural and social.

Walking the tight rope between too many births and not enough is a major challenge. Birth rates in the developed nations of the West have steadily declined since the introduction of the pill, and in many countries the number of new births has fallen below the replacement rate (2.1 childbirths per woman's lifetime). These societies are becoming burdened with an aging population that consumes resources and requires more social services. As more drop out of the work force and no one takes their place, the social network becomes strained and benefits come under attack.

What's the solution? Increased immigration from countries with higher birth rates is one answer. In a world where most people still define themselves in nationalistic terms, such influxes of foreign workers have proven problematic, challenging traditonal cultures and their identities. It's a transition developed nations will have to come to terms with, however, as it's the only way they'll survive.

Who knew motherhood could be so complicated.
Posted by Francis Scudellari at 3:43 PM