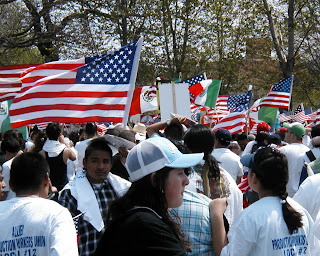 Around the world, May 1st is celebrated as International Workers Day, the equivalent of our Labor day. The modern-day ideological descendants of Sen. Joseph McCarthy like to use the occasion to red-bait those who support Labor and commemorate the history of working class men and women who have fought to secure such rights as the 8-hour working day. That kind of intimidation is nothing compared to the violence perpetrated over the years by big-business bought thugs such as the Pinkertons (read more about them at Wikipedia), so let the Right blast away — and we'll blast right back.

The truth that these propagandists from the Right like to overlook is that without the determination of these working class heroes (with a nod to John Lennon, not Vladimir Lenin), we wouldn't have the basic rights in the working place that we enjoy today. The history of Labor's struggles is a bloody one, and it's not well taught or understood by most Americans (see the Illinois Labor History site for some good resources). Nothing scares big business, or its apologists and protectors, more than the prospect of organized and informed workers. It's why, to this day, if you even mention unionizing a work force, you risk losing your job. 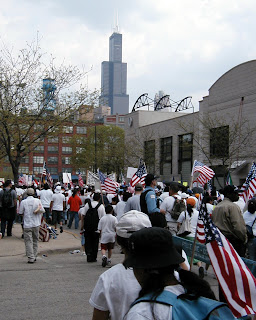 It's also appropriate that this May Day will include a march to push for Immigration Reform. Throughout American history, it is the immigrants, because of their status at the bottom of the social ladder, who have suffered the worst abuses at the hands of business owners. The Right as guardians of the status quo have reacted to this new movement with the expected amount of venom — the thought of large numbers of the exploited and dispossessed rising up to demand their social and political rights scares the wits out of them. The old guard know that their ideas are of the past, and a new more vibrant social force is going to push them aside.

Coming full circle, the Haymarket story is an important piece of Chicago history that has been overlooked by most locals for years. It too involved immigrants marching for their rights, but these came from Europe. The events spanned four days beginning with May Day demonstrations for the 8-hour working day, and culminating in a rally on May 4, 1886 that was organized by Anarchists to protest police brutality. It was at that rally that a bomb was thrown, police were killed, and a riot ensued. A witch hunt for Immigrants, Socialists and Anarchists followed, and then a show trial in which the alleged organizers of the rally were sentenced to death based on flimsy evidence.

There's more detail in the Wikipedia article on the Haymarket Riot, and if that's not enough information for you, there's a new historical account of the events called Death in the Haymarket: A Story of Chicago, the First Labor Movement and the Bombing that Divided Gilded Age America (click here for the Amazon listing).

Below I'm including photos from today's march. There was a huge turnout once again this year, and the crowd was vocal and festive. There was no over-arching organization behind it, and the demands of the different groups attending varied as much as their political and ethnic backgrounds. If a political organization is ever able to harness that energy, we could be in for some interesting times. 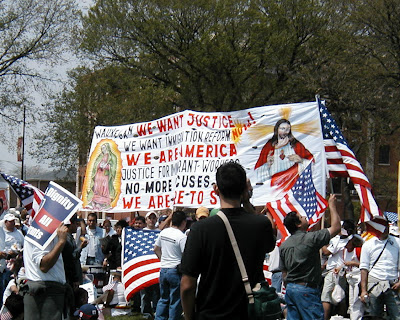 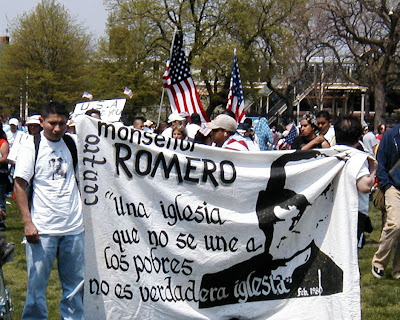 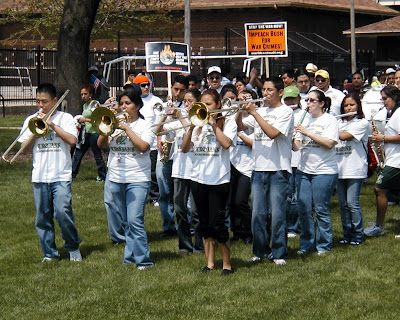 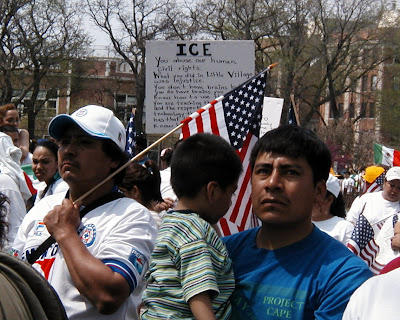 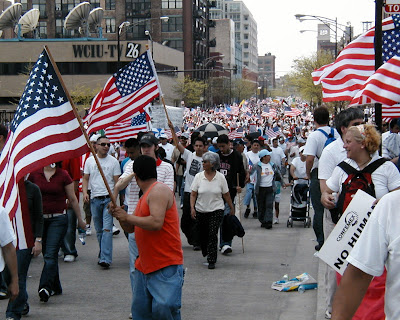 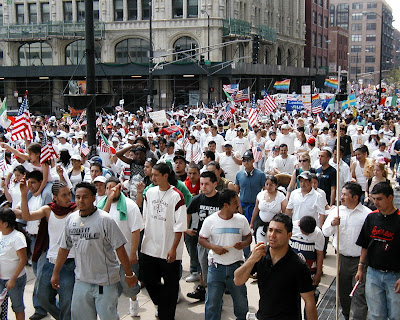 Posted by Francis Scudellari at 11:16 AM