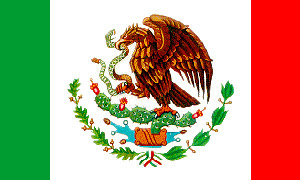 I was out enjoying my Cinco de Mayo in the real world, so my personal virtual verbal celebration comes a day late...

Answers.com has a good summary of the historical battle in 1862 that is commemorated on May 5th. Worth noting is that it was just an initial victory in the war for independence. It actually took the Mexicans 5 more years to be rid of the French imposed Austrian monarch Maximilian. No struggle for political independence can ever be won in a single day, but the first liberating step is always worth celebrating -- especially when you have the historical perspective to understand its significance.

Ridden with debt, the government of Mexico had suspended interest payments on foreign loans and in consequence faced hostile action from three of its creditors, England, Spain and France. The former two withdrew after negotiations, but Napoleon III of France, interested in empire expansion and wishing to install the Austrian Archduke Maximilian of Hapsburg and his wife Carlota as monarchs of Mexico, chose to fight.

In an unexpected victory, the Mexican militia under Ignacio Zaragoza defeated the larger, more modern and better equipped French forces at Puebla, southwest of Mexico City. The French cavalry was lured away and slaughtered by Mexican horsemen led by Porfirio Díaz, and the infantrymen were beset by adversities almost biblical in nature: a thunderstorm brought deep mud for them to slog through, and machete-wielding locals sent stampeding cattle into their path.

After their defeat at Battala de Puebla the French sent reinforcements and conquered the capital; it took Mexico five more years to rid itself of the Austrian usurper (by the end, it was receiving assistance from the US, where the Civil War had ended).

Posted by Francis Scudellari at 1:37 PM