Oh, is that what the World Bank is supposed to do? 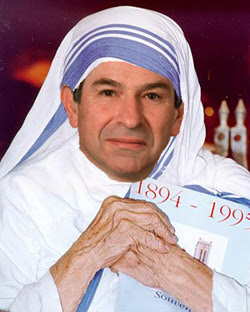 Today, the World Bank scandal finally resolved itself as Paul Wolfowitz resigned his post as president. The New York Times has a piece on the search for a successor, and the description of the qualifications might surprise you — it certainly did me:

"We want to make sure that we are selecting the best individual for the job," said Tony Fratto, a White House spokesman. "We want someone who has a real passion for lifting people out of poverty." ...

Treasury Secretary Henry M. Paulson Jr. is to lead the search, but ultimately the choice will be made by President Bush, administration officials said. Mr. Paulson’s priority, they said, will be to find a capable and experienced manager, perhaps at a corporation, banking firm or even a university.

(from White House Says It Will Move Quickly to Replace Wolfowitz)

Forgive me as I do a virtual double take ... "lifting people out of poverty"?! Where to start on such a ludicrous claim ...

First, about the only experience Paul Wolfowitz had with the poor was causing the souls of indigent Iraqis to be lifted from their bodies during the war he orchestrated.

Second, if you're going to look for people with a passion for ending poverty you might want to look someplace other than the institutions whose goal it is to enrich themselves at the expense of the poor worldwide. When I think anti-poverty movement, the corporate boardroom is the first place that comes to my mind (insert tone of heavy sarcasm).

Third, the World Bank's history has never been one of fighting poverty, it's been about making loans to poor countries with the full understanding that the money will end up lining the pockets of corrupt politicians while the pockets of those nations' citizens get perpetually picked for interest payments to Western banks.

If you'd like a fuller understanding of the true harm the World Bank and IMF have done to the countries they claim to aid, check out the Website of the organization 50 Years Is Enough. They also have some good insight on what's transpired during these past weeks of scandal at the WB.
Posted by Francis Scudellari at 11:04 PM