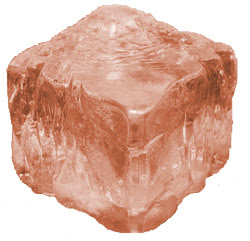 Today in Geneva, European astronomers announced the discovery of a new paradoxical planet that's made of super hot, solid water. The space "ice" is formed by extreme pressure rather than the sub-freezing temperatures that create ice on Earth.

The new planet has the catchy name of GJ 436b. It's a mere 33 light years from Earth (that's 6 trillion miles), and has a surface temperature estimated at 540 degrees Farenheit. So, make sure you pack appropriately.

The discovery has brought hope to Chicago Cubs fans everywhere, raising the possibility that Hell can freeze over and the Northside nine could finally win another world series.

To read more about GJ 436b, check out this article from Reuters UK: Hot "ice" may cover recently discovered planet
Posted by Francis Scudellari at 12:48 PM