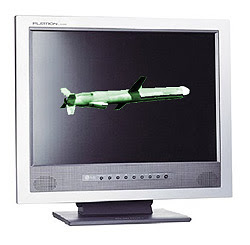 I know that certain members of the Rogers Park blogging community think their posts hold enough sway with the public to bring down the high and mighty, but they've got nothing on the Internet warriors who took down Estonia's web presence.

Estonian authorities are claiming to be the victims of a 1 million computer strong, coordinated "denial of service" attack that's caused millions of dollars in damage. Estonia at first blamed rival Russia, but now it has backed off the initial allegations that the attacks had been traced to servers there. Many still suspect a link to the dispute between the two nations over the removal of WW II memorials.

In comparison to such virulent web-based attacks, our little RP blogging community's forays into back stabbing, character assassination, and rumor mongering seem pretty tame. As the Internet gains more and more prominence in the global economy, such attempts to cripple web-based commerce could become more common. Welcome to the age of Cyber War.

For more on the situation in Estonia, here are excerpts from and a link to an article in The Guardian:

Estonia said yesterday that at least 1m computers had been used to launch an unprecedented wave of cyber-attacks on the small Baltic state over the past few weeks and indicated the damage inflicted had run into tens of millions of euros.

Despite earlier explicit accusations that Russia was behind the offensive, however, officials in Tallinn, the Estonian capital, backed away from accusing the Kremlin directly. The outbreak of the attack, with hundreds of thousands of hits bombarding Estonian websites in order to jam them and make them unusable, coincided three weeks ago with the climax of an ugly dispute between Moscow and Tallinn over a Soviet second world war memorial in the Estonian capital.

Posted by Francis Scudellari at 10:14 PM