Disowning ideas: Toward a remix logic 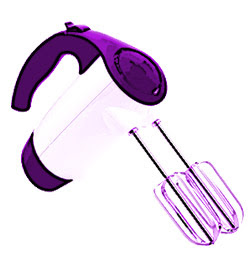 Is it possible to own an idea? Do creative thoughts spring fully formed from nothing, like a mature, wise, and armed Athena emerging from the head of Zeus? Do artists and writers ever work in isolation, or are they always part of an ongoing conversation across centuries and borders?

These are the questions I've been pondering after reading two recent articles about the legal quandaries surrounding art in a digital age. Due to its economic foundation, ours is a society that promotes the mythology of super individuals whose genius towers over the twin streams of time and culture. Ideas are made proprietary — aloof intellectual properties that disown the legacies and contributions of the antecedents and contemporaries who nurtured them into existence.

As technology advances, skills and knowledge are becoming more widely distributed. It's easier than ever to borrow, remix and reshape and that's creating a change in the collective acceptance of shared culture. Rather than denying a creative lineage, the new millennial artists openly acknowledge their concurrent sources of inspiration. Here in the U.S., mash-ups are most common in the world of music, but in Japan the pop taste is flavored Manga.

In November's Wired, there's a very interesting piece describing the extra-legal détente that exists between the big Manga publishing houses and the underground dojinshi fan culture that takes their comic book franchises in new, unexplored directions (see Japan, Ink: Inside the Manga Industrial Complex). Observing an "unspoken agreement" they call anmoku no ryokai, the publishers don't crack the copyright whip on the amateurs as long as the fan tributes maintain small runs, and don't cross the line into plagiarism or go too far in their re-imaginings.

As the article's author astutely observes, it's a concession both parties are willing to make rather than entangle themselves in an antiquated legal system designed for a "read only" rather than a "read/write" culture. The Manga franchises benefit from the extra attention the dojinshi bring to the homaged stories, and the underground is used as a test market and proving area for the next generation of Manga writers.

This week's edition of the Chicago Reader documents two domestic parties less reluctant to take the plunge into that murky interface between art and law. Israeli artist Yaacov Agam is suing the owners of a downtown skyscraper to keep them from re-displaying his sculpture Communication X9, which they repainted (see Restored or Wrecked?). Agam contends that the company hired to return the stainless-steel piece to its original vibrancy botched the attempt.

The restorers faced no small task — there were 1,410 different colors to reproduce — but I'm not interested in judging the quality of their work. What I consider newsworthy is the distinction being made between ownership of the individual, physical piece and the artist's right to control the integrity of the sculpture's original image. Agam argues that because of the alleged bad paint job, the object is now no better than a cheap reproduction.

What Agam defends is an abstraction of the piece as it was first conceived. Despite my general inclination to side with an artist fighting for a vision, it strikes me as naive to expect anything we release to the world to survive its journey unchanged. If the colors of the sculpture had degraded to the point that they needed to be restored, how was the sculpture any more authentic in its previous shabby state?

Certainly what Agam objects to isn't the cultural remixing of his ideas, but a court's too rigid interpretation of his "property" rights might discourage just such a thing. Considering the legal system's propensity to look backward rather than ahead when pronouncing its judgments, the Manga model of court avoidance may be the best creative option right now.
Posted by Francis Scudellari at 12:39 AM

Yes I know you already know this but guess what?? You have been tagged.
http://climateofourfuture.org/7-wierd-or-random-facts-meme/

Thanks Deborah,
I don't know if I can come up with 7 interesting facts about myself, but I'll try :).